Augee: Guardian of Hohala tells of the clash of two civilizations – the privileged, peace-loving Hohalians, who for eons have lived in a sun-kissed paradise, and the ruthlessly desperate Volcarons whose famine-stricken island has grown uninhabitable.

Threatened with imminent starvation, the Volcarons, led by the country’s merciless dictator, Morgoratt, abandon their homeland and set sail across the ocean, eventually reaching the golden shores of Hohala.

The story centers on the fortunes of an orphaned 17 year old Hohalian, Nicholas Stone, who, frustrated by his people’s passive inaction against the invading Volcarons, journeys far from his country and discovers a barren land populated by wild, fire-breathing dragons.

Horrorstruck at the terrible violence of the creatures, Nicholas impulsively rescues a cub dragon and escapes into the wilderness. The infant, who Nicholas names “Augee,” grows into a being of extraordinary intelligence and frightening power. Together, the pair – along with Nicholas’s love interest, the courageous princess of Hohala – determine to rise up against the barbaric invaders and liberate their nation, whatever the cost.

Augee: Guardian of Hohala is a tale of fantasy, suspense, adventure, romance, tragedy, sorcery, and mystery. While loyal to its plot throughout, the novel’s undertones cast critiquing light on social ills and human suffering that exist today and, ultimately, Augee questions the justice of a world in which all are not born equal.

Listen to Extracts from the Audio Book 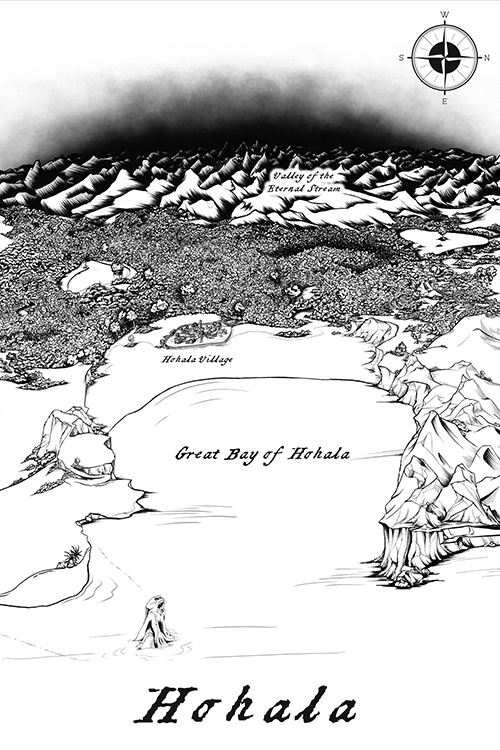